The inverter is the heart of every photovoltaic system. Solar inverter refers to a device from the field of renewable energies that converts the direct voltage from solar modules into alternating voltage, i.e. converts direct current into alternating current. In addition, photovoltaic inverters optimize the operating point of the solar modules in order to achieve the highest possible energy yield.

For isolated applications (off-grid battery systems), where a photovoltaic system is not connected to the general power grid, a separate frequency control is absolutely necessary. 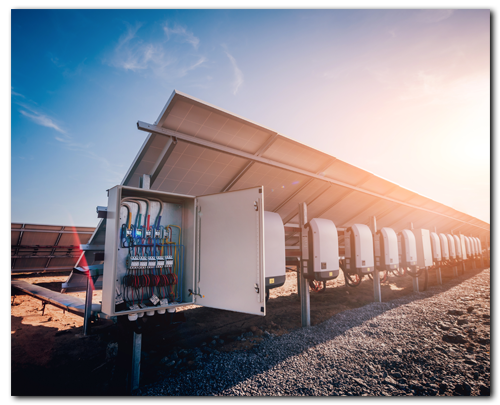